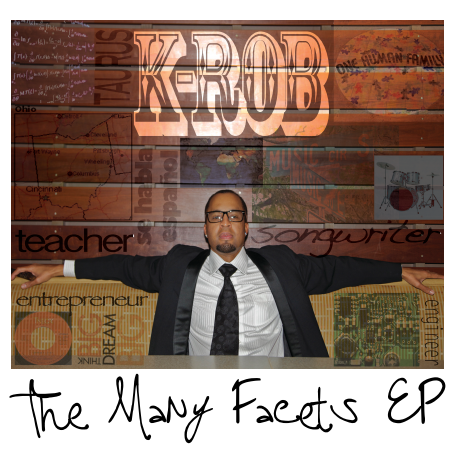 As the nephew of the great Isley Brothers,       K-Rob continues to accumulate new fans and support for his energetic, edgy and soulful sound.

“My ambition was to ultimately create a new joint that would connect with music lovers around the world,” K-Rob said,” I look forward to people from NYC to London to Dubai to Brasil to India to South Africa feeling my new projects. I especially look forward to being able to share my music “live” with people around the world as well.”

K-Rob emerged on the music scene in 2004 and introduced his first, self-entitled CD, “K-Rob,” which garnered placement on Pandora, Jango.com, INDIE 104 and IRADIOLA. The “raves” continued with airplay on major FM radio stations such as 92.1, WQQK, Nashville, Tenn., Power 94.3, WJTT, Chattanooga, Tenn.; and the nationally syndicated, The Michael Baisden Show, and various radio stations throughout the U.K., France and Japan.

“So Addictive” was penned by a talented, up and coming singer/songwriter based out of Atlanta, LOK3Y, whose forte’ is writing deeply soulful records with “tinges” of gospel, R&B and international “feels.” “The entire making of “So Addictive” was a family affair”, K-Rob said. Like his first project, K-Rob continued the prolific partnership with long time friend and super producer, Angelo “Lo” Ray (Father of Angelo Ray, Jr. aka LOK3Y).

“Angelo and I wanted to continue “moving the needle” with hot records that would resonate internationally. Our creative success continues to be possible with our great team work and knowledge of one another”, K-Rob said.

In addition to “So Addictive”, forthcoming singles are entitled: “Changed My Religion©”, and “I Love You ©”. “Changed My Religion” was self-written and inspired by observations of men speaking about the power of the spirit and beauty of a woman. How this womanly dynamic can literally “Change” or convert the mindset, lifestyle, spirit and/or “Religion” of a man.

“I Love You” was also self-penned. It was sentimentally and retrospectively written with a deep love in mind for people in my life that have inspired me.” I Love You” was written in hopes that people could connect with it in their own, private way(s).

All songs were arranged and produced with the energy of being creatively avante garde; yet, relevant, timeless and always SOULFUL!!!

Subscribe to the weekly newsletter for all the latest updates

Zulu
0:00
0:00
Select the fields to be shown. Others will be hidden. Drag and drop to rearrange the order.
Click outside to hide the compare bar
Compare
Wishlist 0
Open wishlist page Continue shopping
Shopping cart close